I don’t get a chance to watch a double feature too often, but last night, I rented two movies I missed when they were out in theatres. Once school starts in the fall, it gets a lot more difficult for me to get to the movies, so Wolverine and Gravity slipped by me. (I also don’t subscribe to Netflix — just don’t have the time to justify the expense — so I actually rented these from the local gas station that does rentals. Life in a rural town.) 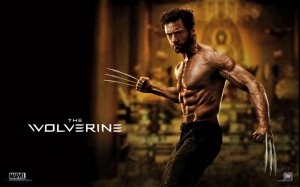 Starting with Wolverine, I’m super glad I got this one for a few reasons. First — can’t go wrong with mutants, ninjas, samurai warriors, and Hugh Jackman. Seriously — I think I could watch that guy in anything. The concept is great — what if you take away what makes Wolverine fearless? With his quick-healing abilities stripped away, you see Wolverine become vulnerable. He is already dealing with the after-effects of X-Men 3 and the death of Jean Grey, but when you add in the physical limitations, you see him at his most desperate.

I’m also grateful I decided to rent this one since I’m probably going to see Days of Future Past later today or this weekend. While I probably could have gone in without seeing Wolverine goes to Japan, it certainly will help fill in a few blanks. I’ve tried to stay away from a ton of spoilers for the new movie, but I’ve also heard Bryan Singer makes some timeline changes, which may undo what was done to the X-Men Universe in the the third movie, which he abandoned in favor of Superman Returns.

Once that was done, I grabbed some grub, then settled in for Gravity. I wanted to wait until the sun went down and I made sure to rent the Blu-Ray. Was it as impressive as seeing it IMAX 3-D — I highly doubt it, but I can imagine the enormity of seeing it on the really big screen and seeing it last night in the comfort of my living room impressed me.

Just the description is either terrifying or electrifying — only two actors on screen (!), with the bulk of the movie with only one of them portraying the vastness and danger of space. Sandra Bullock. Wow. What a performance without actually going into space itself. George Clooney was also fantastic in his role as Bullock’s guide/mentor/conscience.

There was a moment — and if you’ve seen it, you know what I’m talking about — when I thought about how when I put my earbuds in my pocket and then pull them out and I have to solve the Gordian Knot to get them usable again. While I was fairly confident that Bullock’s character would survive the movie, there were so many moments that would have stopped me and left me wondering when the end would come.

I don’t usually watch the special features on a movie much anymore, but after watching Gravity, I had to watch these. How they simulated the space and microgravity, the lighting, everything that went into it. I think that, more than anything, is the magic of what Director Alfonso Cuaron did here. The technology they had to basically invent just to make this movie work.

Both fabulous movies and it made for a great night at home.

(And I still made time for writing!)